About the New York Photo League 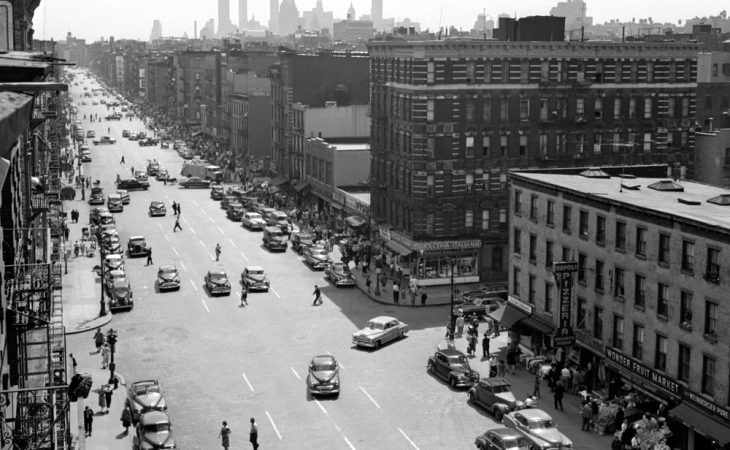 View, positive, depth, focus, develop. Those words have special meanings for photographers, as they had to Martin Elkort when he joined the Photo League of New York in 1947. The League was where he learned to see photographically, to get the best possible picture from each click of the shutter. There he learned to be positive in his attitude, to see in depth, focus his viewpoint and develop his skills continuously. The Photo League was open to anyone, amateur or pro, and membership included many of the finest, most distinguished photographers of the day such as: Paul Strand, Berenice Abbott, Eliot Elisofon, Morris Engel, Sid Grossman, Lewis W. Hine, Arthur Leipzig, Leon Levinstein, Lisette Model, Beaumont Newhall, Arnold Newman, Ruth Orkin, Walter Rosenbloom, Arthur Rothstein, Joe Schwartz, Aaron Siskind, W. Eugene Smith, Lou Stouman, John Vachon, David Vestal, Weegee, Dan Weiner, Max Yavno and many more. Elkort studied with and got to know many of those great photographers and in some cases, such as Aaron Siskind, to call them friends.

There was always an exhibition of members’ work on the walls and classes were continuously on offer, taught by the distinguished roster of senior members. The Photo League, then located in the basement of a Greenwich Village hotel, was a clubhouse, gallery, school and social hall for its members until it closed its doors in 1951, victim of the cold war “witch-hunts” of the time.

It is difficult, at this remove in time, to imagine the hysteria that existed in 1947. Goaded by reactionary columnists such as Westbrook Pegler, Congress’ House Un-American Activities Committee (HUAC), and the Senate committee, headed by the infamous Senator Joe McCarthy, held hearing after hearing, seeking to uncover Communists and conspirators. The Attorney General published a list of individuals and organizations suspected of such activities and those named typically lost their jobs and could not find new employment. With no real evidence, the Photo League found itself on this list. Two years later, an informant testified during a trial that the League was a “Communist front.” Membership declined and the media, once supportive, stopped listing the League’s shows or reviewing them. The League struggled on for two more years and then, in 1951, closed its doors.

Elkort’s Photo League education paid off in 1950, when he sold three prints to Edward Steichen, then curator of photography at New York’s Museum of Modern Art.