Why I Take Pictures 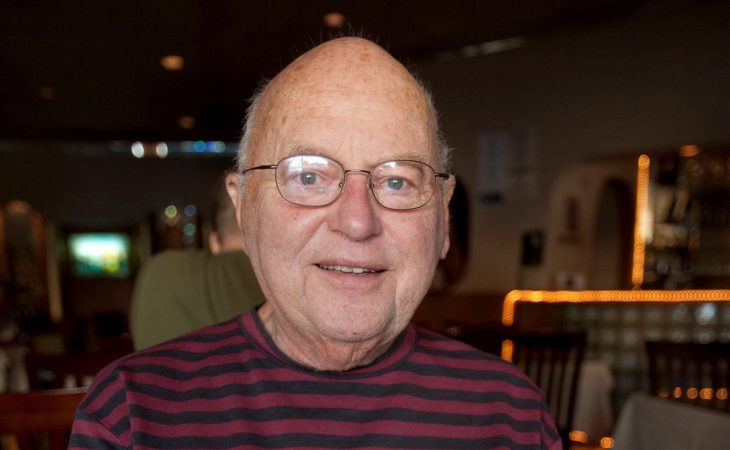 I watch a flag whip in the wind on a metal pole. My pleasure is sensuous – the sun is shining and the morning air is clear and crisp in early autumn. Rippling in the wind, the flag colors my mood and shapes my relation to it as a symbol. The visual texture of colors and patterns are sufficient in themselves, but the symbol triggers an evocative story that layers experience with emotion.

I rely on intuition to photograph subjects moving through their environments. My goal is to excavate some hidden truth. Trusting instinct, I insinuate my lens around and behind the subject on my way into some inner core. I move kinetically, taking pictures quickly as they appear in the ground glass. I feel the urgency of the spontaneous, the risks of letting instinct pick the angle. I snap the shutter.

Only when I walk that tightrope do I frame images that somehow fuse my excitement with the mood of the subject and the surroundings.

Cartier-Bresson once photographed a narrow, stone staircase from above. At the precise moment he pressed the button, a bicyclist whizzed by, appearing in the print as a blur. What made it a masterpiece was the chance appearance of the cyclist. When he snapped his shutter on the man leaping over a puddle, was he aware of a poster on the wall nearby mimicking the subject’s leap? The secret of his genius, like that of Arthur Fellig, (Weegee), and many others, may lie in this intuitive feeling that prepares the photographer for the unexpected. Sometimes, when I am lucky, the same intuition comes into play for me. In a series on Coney Island, I was photographing a little girl arguing with her parents when, out of nowhere a black cat appeared and began rubbing back and forth against the girl’s legs. Still arguing, she squatted to be nearer to the cat and I snapped the scene. The resultant photograph is one of my best. Without the magical appearance of the cat it would have been an unexceptional image.

Sometimes it’s simply the trust in a child’s face that prompts me to take the picture. Other times I may not understand the stimulus until I see the print. Was it instinct or accident?

When something inside me resonates with what I see, my finger moves to the shutter. In that moment, I have understood and explained both the inner and outer worlds I inhabit. When others see my pictures and react, I know that I have captured a moment in life. These moments are the core of my art.